Continuing Education and Training Act 16 of 2006. These Colleges came into existence on 1

April 2015 when the Public Adult Learning Centres (PALC) migrated to the DHET from the Provincial Education Departments (PED). The sector consists of 3 276 Community Learning Centres, grouped into 9 CETCs (1 College in each Province). The Eastern Cape CET College is one of these 9 CET Colleges.

The College currently operates with a fully-fledged Governing Council as per Section 10(4) and 10(6) of the Continuing Education and Training Act 16 of 2006. The management structure is made up of:-

The Eastern Cape Province is mostly dependant on agriculture, the automotive industry, local government, civil society organisations and the informal economy (hawkers) as drivers of the local economy.

The east and north east part of the Province are  made up of OR Tambo, Alfred Nzo, Chris Hani, Joe Gqabi and part of Amathole municipalities as depicted in Figure 1 below. These are generally high density, poverty- depressed rural areas, with underdeveloped towns that largely serve as trading hubs. Despite the fact that this region accounts for the bulk of potential arable land, and has a high rainfall pattern and water to sustain agriculture and forestry, the area focuses on consumption, with very little production. Alfred Nzo and Joe Gqabi districts also have development potential, with a strong contribution from forestry and livestock production. The College programmes in this region should be much agricultural and agro processing based 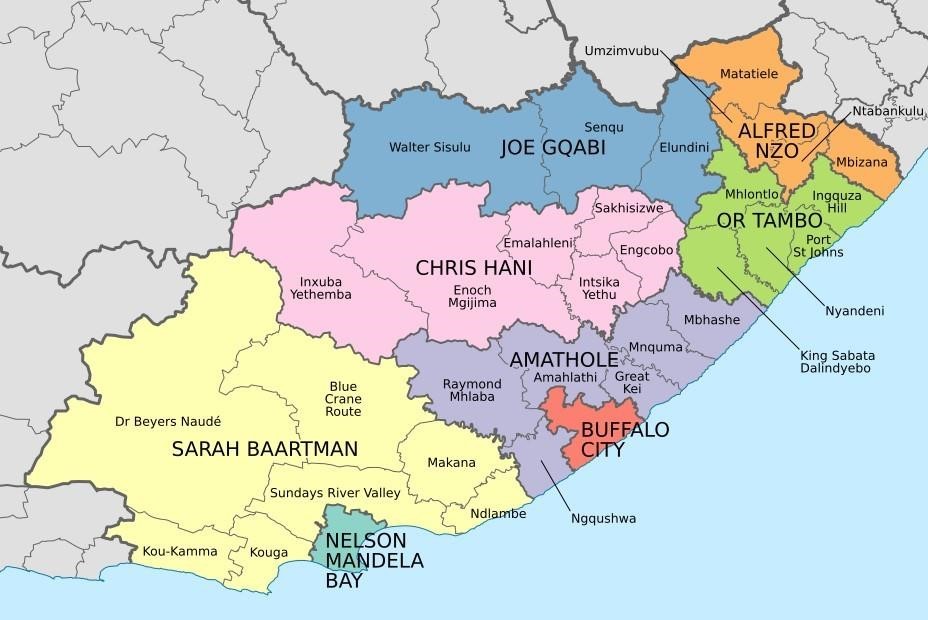 The Province’s two Metropolitan areas together account for 58.3% of gross value added (GVA) to the provincial economy (38.7% in Nelson Mandela Bay Municipality and 19.6% in Buffalo City Municipality). These metropolitans have townships that are mostly populated with out of school youth who lack relevant entrepreneurial skills that will enable them, if properly trained, to tap into the local township economy. The local economy has high levels of unemployment (adults and youth), poverty, a lack of relevant skills and a lack of entrepreneurial skills. The automotive and manufacturing sectors in the Province are located in these metros. The College seeks therefore to offer skills that will enable the participants to take part in economic activities both formal and non-formal.

The College aims to break the low literacy rate and skill the communities and engage with all the identified stakeholders to foster sound working relations. Furthermore, it will sign MOAs and MOUs with sister departments, industry, SETAs and other post-school institutions to forge partnerships which will pave ways to the sustainability of its programmes.